Our Name & Our History

On September 25, 2010, the organizing meeting, with Organizing Regent Helen Strader and Organizing Registrar Ella Margaret Cron, was held at the Adagio Bed and Breakfast with 65 in attendance. Frances Wisebart Jacobs Chapter, NSDAR, organized with 29 members.

We named our chapter after one of Denver’s most instrumental and charitable pioneers, who helped form the city of Denver into one of the nation’s finest centers for health and quality of life. Her efforts produced what is now National Jewish Health, a hospital for immunology and respiratory medicine.

Frances Wisebart Jacobs arrived in Central City, Colorado, from Ohio with her husband Abraham in 1870, whereupon she became active in charity work. She founded the Denver Ladies’ Relief Society and the Community Chest which lead to the creation of today’s United Way. By the 1880s, hundreds of consumptives were pouring into Colorado in search of a drier climatic cure, but no facilities existed for treatment or shelter. After extensive fundraising, planning, and construction, her efforts produced what is now National Jewish Health. During one of her many trips to deliver medicine, food, or coal to the streets of Denver, Frances became ill with pneumonia in August 1892 and died in November 1892.

Due to the falling price of silver, contributions dried up and the economy went into a downward spiral, leaving the building shuttered to those in need. B’nai B’rith resurrected the building with the assistance of Louis Anfenger in 1895, calling the Denver hospital “of national importance to American Jews that must be supported by the country at large.” Contributions began pouring in on a national level and provided enough funds that the Frances Jacobs Hospital could no longer be attributed to only one person as Jewish communities across the fledgling nation were providing support. The wooden sign of “Frances Jacobs Hospital” was no longer suitable.

“While the “Frances Jacobs Hospital” will not exist in name, it will be a pleasure to know that out of her efforts has grown an institution, national in scope and dedicated to the humane and charitable work in which during her lifetime she so earnestly engaged.” – The Rocky Mountain News, July 29, 1897

The Frances Wisebart Jacobs Chapter, NSDAR, meets the third Saturday of the month September through May. We usually gather at 12:30 p.m. to socialize with the business meeting and/or program starting at 1:00 p.m. If you would like to attend a meeting, or if you are interested in more information, please contact us by using our Contact Us page.

March 19, 2022  “Researching the Enslaved People of Our Ancestors,” Katie McMurray

April 16, 2022  “Soaring Together on Wings of Service and Friendship,” State Regent Colleen Joyce

May 21, 2022  Annual Meeting, Installation of Officers and Potluck: members

The content contained herein does not necessarily represent the position of the NSDAR. Hyperlinks to other sites are not the responsibility of the NSDAR, the state organizations, or individual DAR chapters. Membership inquiries can be made using our Contact Us form. This website was last updated on August 10, 2021, by the webmaster. Unless noted, photos courtesy of chapter members. 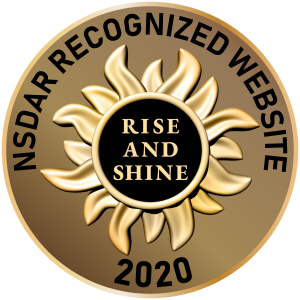